Currently a work in progress.

This is how Phase I of the building is thought to have looked. The building was later improved and enlarged. 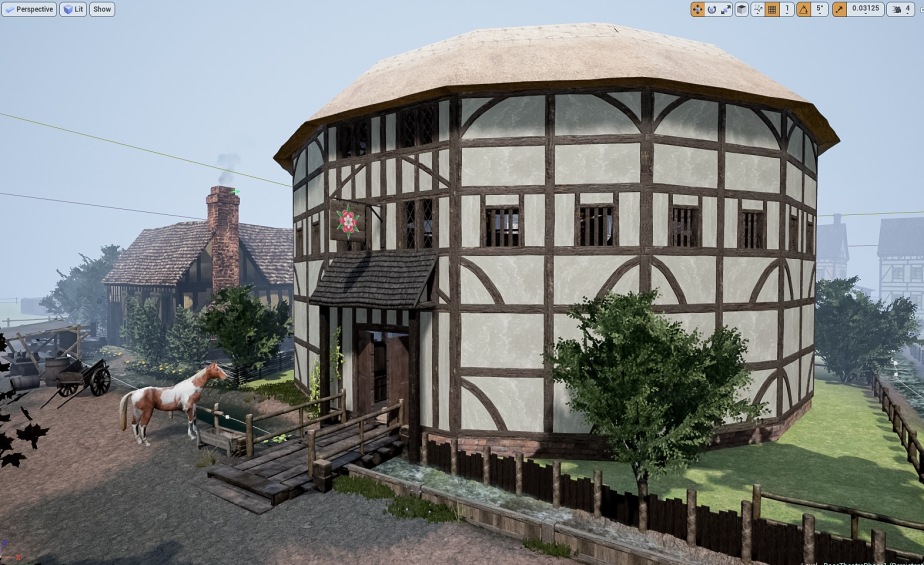 The Rose was built in 1587 by Philip Henslowe and by a grocer named John Cholmley who lived in the house that can be seen next door to the Rose. The Globe Theatre was later built just across the road from the Rose.  Henslowe gave up the playhouse in 1605 when the rent was increased significantly and it is believed to have been demolished shortly afterwards.

The building foundations survive to this day. They are flooded with water for preservation but can be visited. They are to be found in the basement of an office building in Park Street near Southwark Bridge just a few hundred metres from the current location of Shakespeare’s Globe Theatre.

Internal screenshots can be found under the Virtual Reality category link on the right.