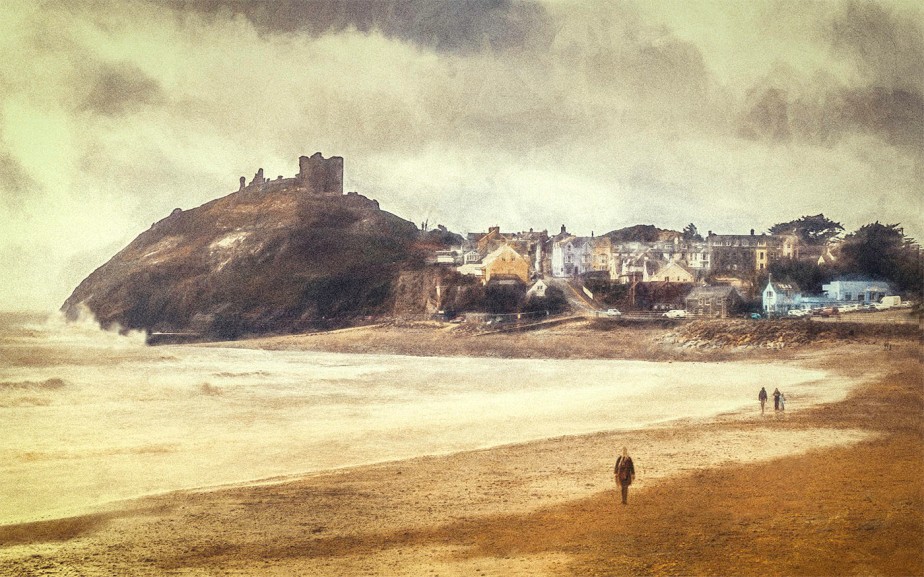 Photograph of Criccieth Castle in North Wales taken on a windy day as Storm Doris hit the UK on 23 February 2017.

Criccieth Castle was famously painted by J. M. W. Turner in about 1835 as part of his series depicting shipwrecked  mariners; see Tate.

It looks much stormier in Turner’s picture and he has also turned the castle around to improve the composition.